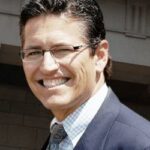 According to published reports, UBS has filed a FINRA arbitration seeking to recover losses it expects to pay to customers of the firm who were duped into purchasing a “sham outside investment” Fairfax Financial Corporation. According to the article, Turner allegedly persuaded 23 clients to purchase Fairfax Financial Corporation between 1997 and 2021 and generated… Read More »

According to reporting from InvestmentNews, GPB Capital Holdings — the troubled alternative investment company that is currently the subject of Ponzi scheme accusations — paid large commissions to the securities representatives as a substantial inducement to sell the private placement to investors. Specifically, commissions were paid at a rate of 9.3 percent. In total,… Read More »

Roger Kroeger (CRD: 1526864) is a prior stockbroker of Invest Financial Corporation located in Fort Lauderdale, Florida who Financial Industry Regulatory Authority (“FINRA”) has barred in all capacities pursuant to Letter of Acceptance, Waiver and Consent No. 2017056614402 dated September 5, 2018. According to FINRA Department of Enforcement, Kroeger failed to appear for testimony… Read More »

Darren Thomas Walton (CRD: 2936629) is a former registered representative of Wells Fargo Advisors, LLC located in Los Angeles, California. According to Walton’s Financial Industry Regulatory Authority (“FINRA”) BrokerCheck profile, he has been suspended in all registration capacities by FINRA on December 1, 2017 for failing to repay a loan to Wells Fargo Advisors,… Read More »

Whether you are a first-time investor or have been investing for years, here are ten tips from the SEC’s Office of Investor Education and Advocacy to help you make more informed investing decisions and avoid common scams in 2016. Always check the background of an investment professional − it is easy and free. Details… Read More »

On May 7, the U.S. Securities and Exchange Commission charged a Rhode Island investment adviser with running what amounted to a Ponzi scheme. The SEC alleges Patrick Churchville used his one-man company, ClearPath Wealth Management, LLC, to defraud investors out of millions of dollars. The SEC has asked a federal judge in Providence to… Read More »

Securities fraud and stockbroker fraud are not just federal matters. Florida and other states utilize their own securities regulators who are charged with protecting the public from unregistered and unlicensed brokers who defraud investors. For example, on April 7, the Texas State Securities Board (TSSB) announced a plea agreement with Robert P. McGann, an… Read More »

By Matt Morgan, Palm Beach Post Staff Writer mmorgan@pbpost.com A boater who went missing about two weeks ago has returned to his home and admitted that he orchestrated his disappearance to escape his legal problems, according to the Palm Beach County Sheriff ’s Office.   Richard Ohrn, 44, went missing off the coast of Boca Raton… Read More »

Precious Metals Just as Risky as Other Investments